What state water regulation and management law of 2010 J&K is asking revenue officials to make?

However, in accordance with court orders, an SRO-456 dtd on October 25, 2017 was drafted and submitted to the High Court whereby the DCs were urged to remove the confusion between the Khads and the actual Khads and to delineate the Khads from the Real Khads, but despite a 3.9 year delay. they are still sleeping on the question.

It is pertinent to mention that when the DCs get millions of rupees to use for the maintenance of the water bodies, they immediately jump into action to demarcate the water bodies, where they have to use money but not. did not care to delineate these so-called water bodies by which the government would otherwise have obtained average Rs 100 crore per month income through stamp duty through the sale and purchase of land from Gair Mumkin Khad’s nomenclature, where large constructions already exist as well as government settlements and causing loss to the public treasury.

It should also be mentioned here that the 2031 master plan had clarified the buffer zone between the nallah / khads followed by the MHA for the use of revenue free laws in the master plan areas, the bosses do not care about this. to occupy ?

However, the first page of the law published by the PHE department makes it clear that “It is supervised for the creation of the State Water Resources Regulatory Authority” & other concerns from their department, which reads as below. 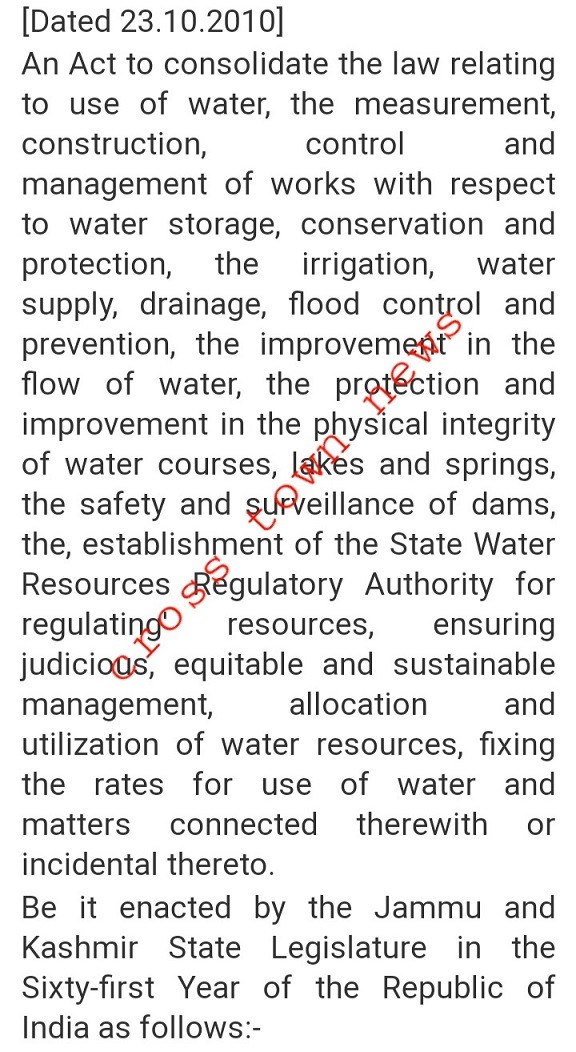