When Sony announced the Xperia Pro, it made sure the focus was on who this device is for – the professionals in the field. Sony doesn’t even want to refer to the Xperia Pro as a phone, but as a tool, as evidenced by phrases like “Learn more about XQAQ62 / B” on the official website.

The Xperia Pro is focused on streaming 5G mmWave content from a professional-grade Sony camera, which is enabled by the Xperia Pro’s unique feature – the micro HDMI port.

But before we get into the technical details, let’s put it in a bit of context. The Sony Xperia Pro costs $ 2,500 (JPY 250,000) and is available exclusively in the United States and Japan. With that price in mind, the unboxing experience is a disappointment – you get an 18W charger and a USB cable – no case, not even the HDMI cable required to connect to a camera.

The exterior of the Xperia Pro looks like a hybrid camera phone. You get the signature 21: 9 4K HDR OLED display the Xperia 1 line is known for, wrapped in a textured plastic body that’s a far cry from today’s smooth-finished Xperia smartphones.

The right side of the Xperia Pro is the command center with a two-level trigger, a custom key that can be mapped to open any app, a capacitive fingerprint scanner, and a volume rocker. There is a SIM and microSD card slot on the left of the Xperia Pro, a 3.5mm headphone jack at the top, and the all-important micro HDMI port in the center at the bottom, pushing the USB-C port to the side.

Considering the sky-high price tag, you’d think the Xperia Pro is an Xperia 1 III with a plastic casing and an HDMI port, but you’d be wrong. This is a 2020 Xperia 1 II, complete with a Snapdragon 865 chipset, 4000mAh battery and 12MP triple camera for 0.5x-1x-3x zoom. 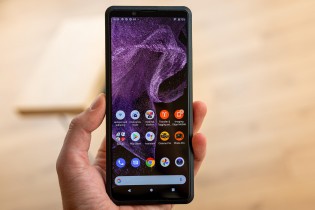 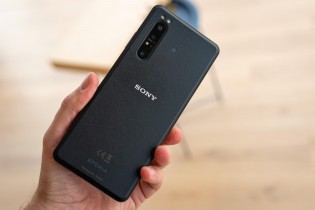 Who is this Pro phone for?

The plastic exterior is not an aesthetic choice, but a practical one. It allows the Xperia Pro’s four beamforming 5G antennas to provide a stronger 360 degree 5G signal and 5G is the fastest mmWave, not the below 6 GHz variety. The choice of materials, however, means that there is no wireless charging on the Xperia Pro. 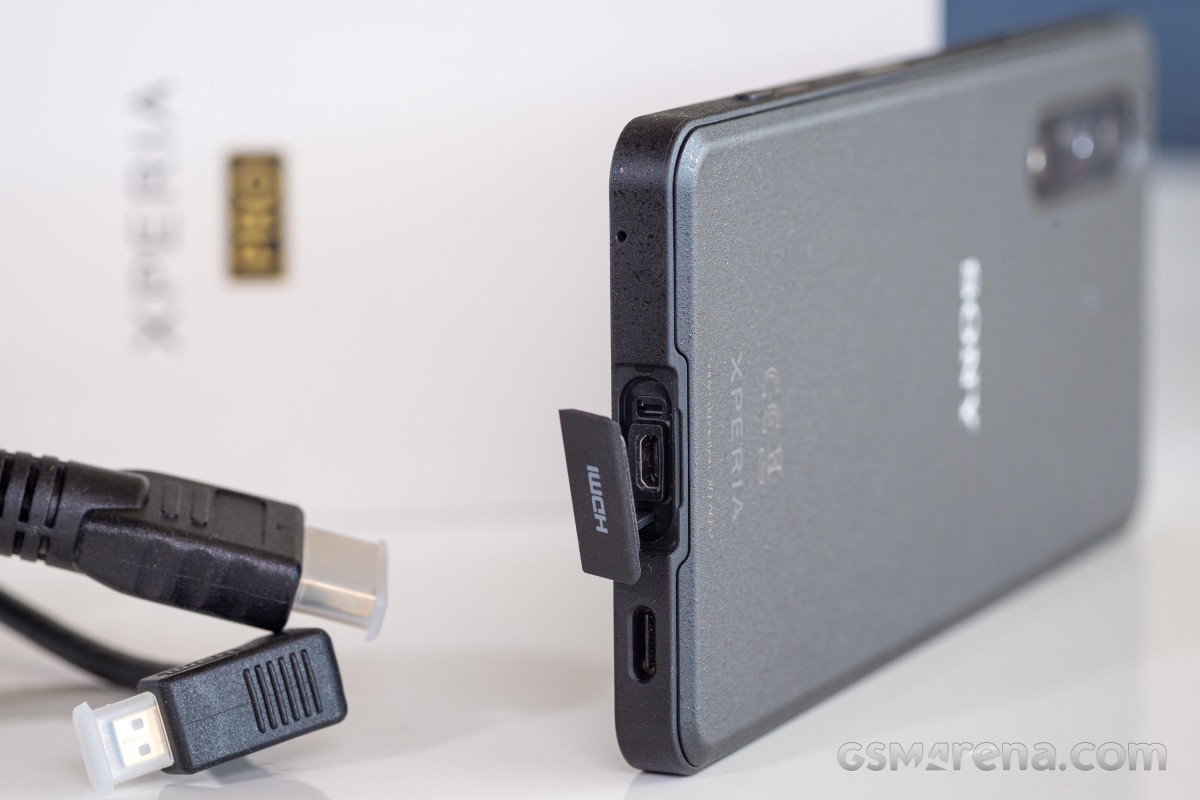 We asked a few professionals in the video industry what they think of the micro HDMI and they said it is not the most reliable choice, being easy to disconnect if you bump into the camera or external monitor it is on. is connected.

A full-sized HDMI port would clearly have been the better choice, but it’s clear that putting it inside a phone isn’t feasible. 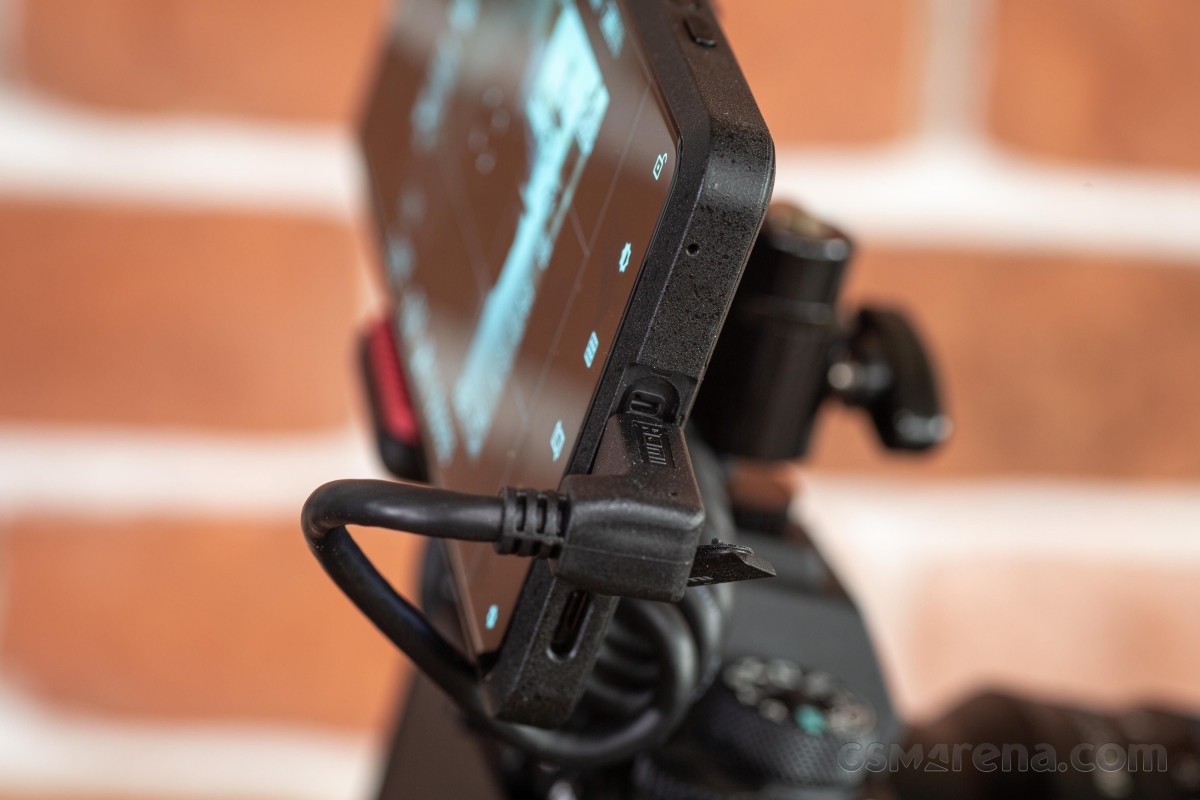 So what unlocks the micro HDMI port for the Xperia Pro? In short, it allows the phone to connect to a dedicated camera with an HDMI port. From there, the Xperia Pro can serve as an external monitor, field image delivery system, or streaming device, all through the phone’s built-in connectivity options.

You will need to purchase a few items to use the Xperia Pro as an external monitor for your camera. A phone mount, a micro HDMI to any HDMI cable your camera uses, and optionally a camera cage, to attach everything.

We connected the Xperia Pro to a Sony A7S III – Sony’s state-of-the-art mirrorless camera for video. Sony has created a special external monitor app for the Xperia Pro, which when connected with the camera displays a live feed from the camera viewfinder.

However, the application is very limited. You can’t interact with the camera through the phone, just zoom in on everything you see, turn on overlay features like rule of thirds, and see your shooting settings. There is no additional control, there are no advanced features like false colors, waveforms, and no external recording capability.

All in all, you can have more or less the same functionality with any good external monitor or even your regular Xperia phone through Sony’s Imaging Edge Mobile app. 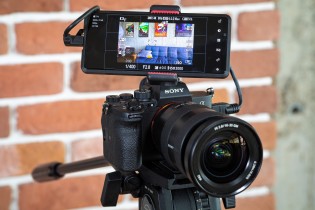 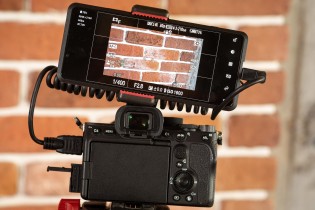 Using the Sony Xperia Pro as a monitor for a camera

So what does the Sony Xperia Pro do that an external monitor can’t? It can broadcast the feed from the camera to an app like Twitch or YouTube, in theory. However, Sony hasn’t created an app for it, so you’re on your own. You need to install an app like Streamlabs and configure everything. And even after that, you’re essentially streaming the content from the Xperia Pro’s screen, not a video stream straight from the camera.

The Xperia Pro’s OLED panel is 4K, but being 21: 9 means you either need to shoot 21: 9 video from your camera or set black bars, because 16: 9 is not as wide as 21: 9. And even then you’re stuck with whatever your camera shows, like audio levels or rule of thirds, or a timer, ISO, or shutter speed. These remain on the camera screen during video recording – the video itself doesn’t have them but you are broadcasting your camera screen and not the video itself, remember.

All of this could have been technically solved if Sony had created an app for streaming, but it hasn’t.

The other thing the Xperia Pro can do, and that’s something Sony has an app to upload photos from your camera directly to an FTP server – handy for sports or event shooters. But it’s something you can do with any other phone, no HDMI required. 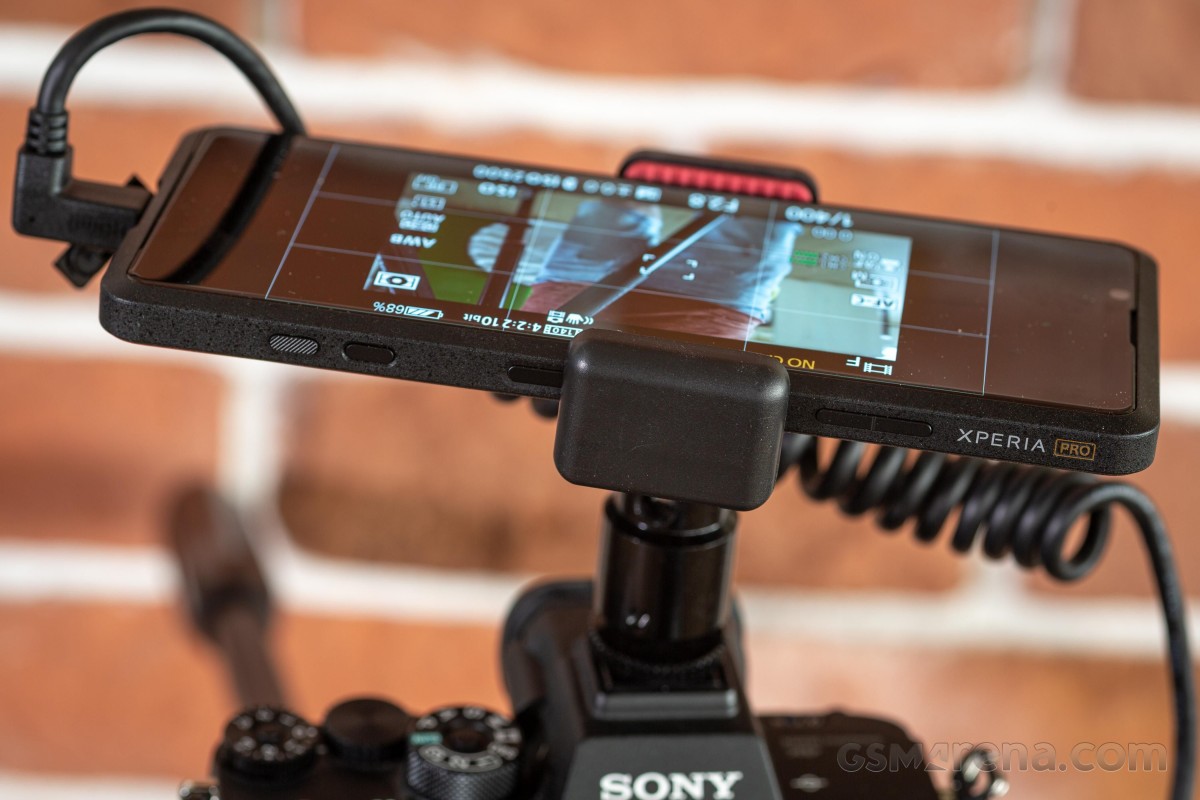 The Sony Xperia Pro isn’t that bad. Compared to an external monitor, it has a battery that lasts longer and can theoretically charge the camera if it is plugged into the camera’s USB-C port at the same time. Its screen is generally of better quality than most monitors, although it struggles to be seen in bright conditions. 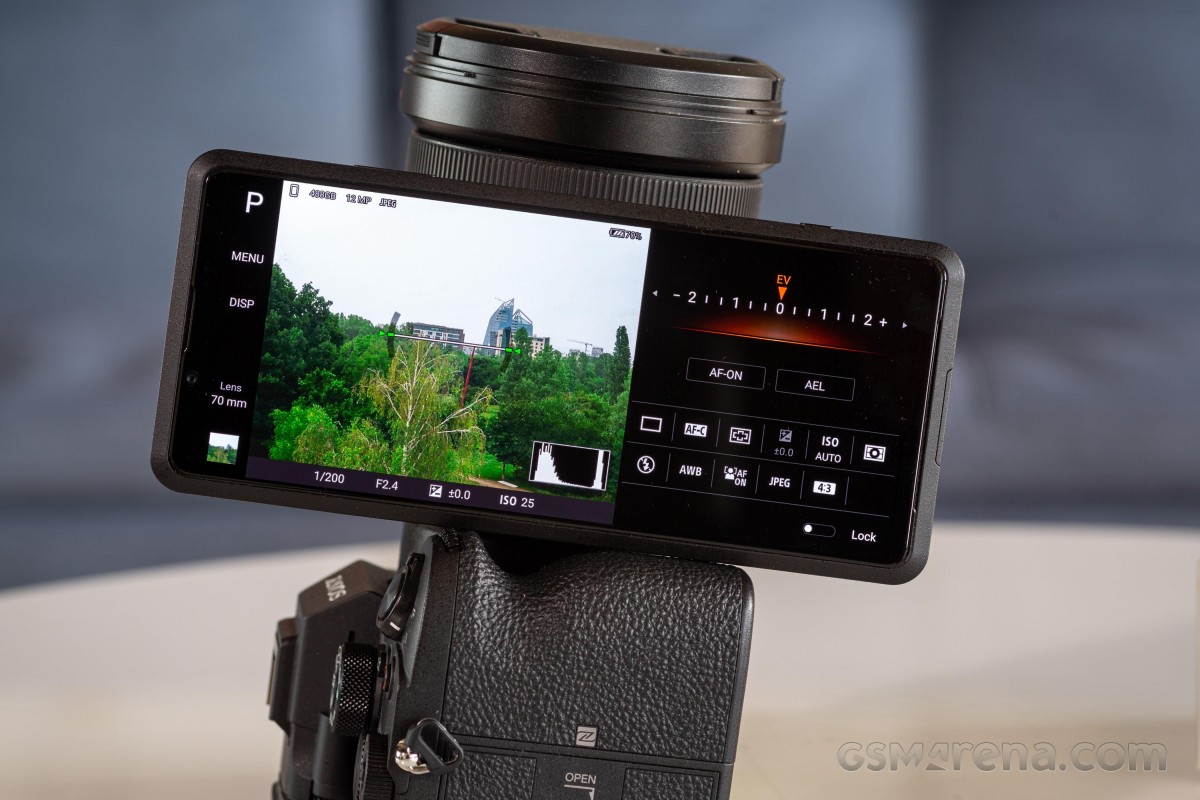 But when we come to the price of $ 2,500, we inevitably compare the Sony Xperia Pro to a quality external monitor or even a monitor and recorder. A monitor costs as little as $ 299 or normally around $ 599, while the recorder costs around $ 1,499. Both need a separate battery, but both are true pro tools for use with a camera, with advanced camera control, additional features like waveforms, focus , ProRes RAW video capture up to 8k with superior quality. Therefore…

Is the Xperia Pro worth it?

The short answer is no. We can’t justify a phone with 2020 hardware and poor retail packaging, even at half the price – HDMI or no HDMI.

You could make the theoretical point that very specialized users, like professionals streaming videos or photos in a 5G-equipped stadium or someone working for a broadcaster, could technically use the Xperia Pro for its streaming capabilities. 5G. 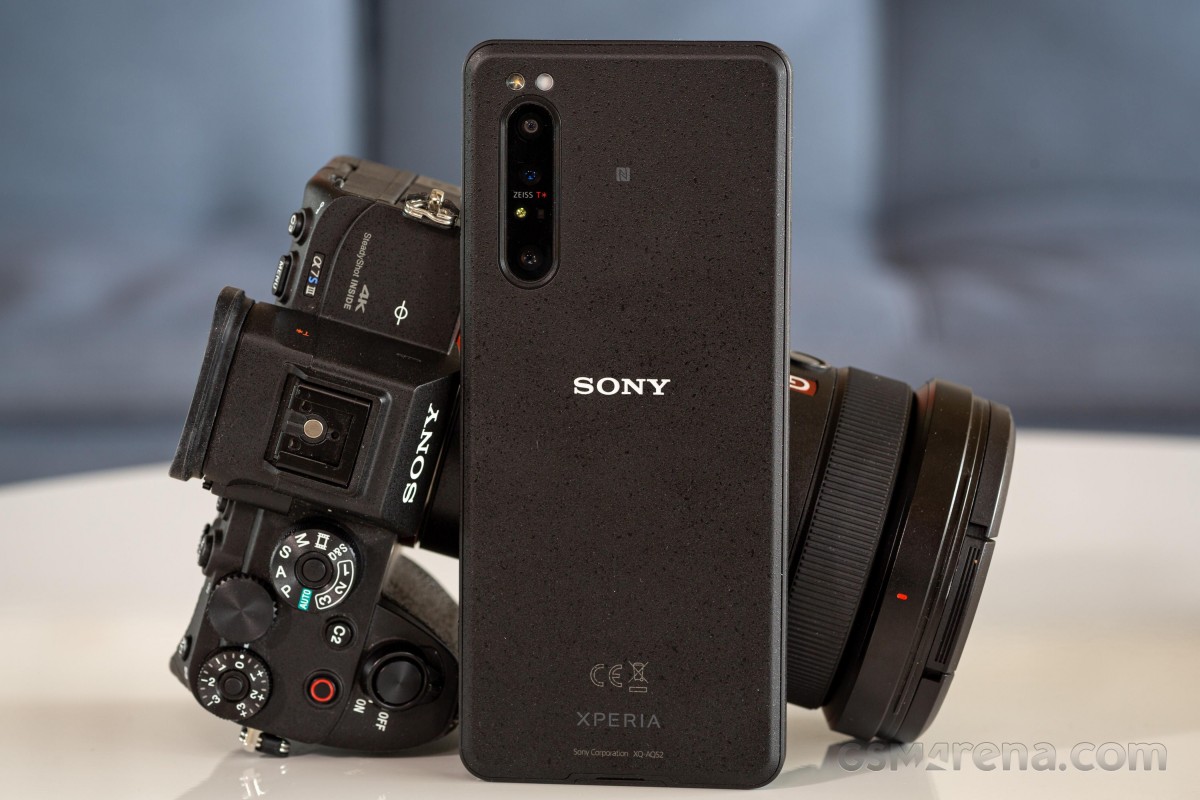 But we bet these people are using more and more specialized equipment like professional Streamer & Recorder, encoder, mixer, etc. which cost way over $ 2,500. But at least they offer unrestricted streaming capabilities and control.

The Sony Xperia Pro is a good phone that boasts. A proof of concept, if you will. But it sounds more like a vague argument for something that no one has asked for, than a product that you are likely to use in the real world.

The best tech stocks to buy this ...